Welcome to the bumper edition CGC Newsletter! It’s been another busy couple of months in CGC world and we’ve had lots going on socially too. Steve Morris will give us an update on that, but for now, let’s hear from Will Gardner with an update on the Civil Infrastructure industry.

As we move towards the Christmas period in Q2 for the financial year, things have been interesting in regards to the transitional period that is highlighting just how much the state will continue to boom for the next decade or so.

Currently the civils industry is geared around design and temporary works phase as there has been a few rounds of EOI’s.

There are a few reasons why the industry is in the front end tendering space, such as state and federal elections in the last 12 months, RMS and TfNSW merging, and major tier 1 super projects either in the commissioning stage or initial phases coming to an end, which have all put the brakes on getting already signed off projects onto the ground.

However this just shows how much more is yet to come in terms of projects on the ground and growth for the State. The RMS will be releasing new projects for the first time in 12 months and Sydney Water will be announcing major frame work consortiums. NSW as a State was also the highest spending State over the last 3 years and they are committing $71 billion over the next 4 years on infrastructure project. 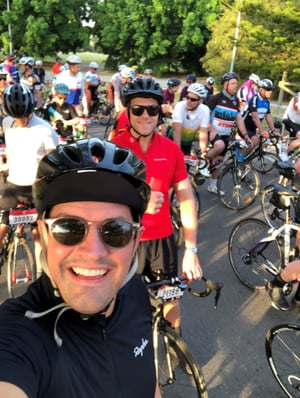 For example, upcoming projects at tender or consultation phase include:

Not to mention the super projects already in enabling stage such as Rozelle interchange and Badgery’s Creek airport, the latter of which actually just got its terminal design revealed – Click here.

The Sydney Water PS4 framework is an interesting one as they will be splitting the works into 3 regions. Not only that but they are partnering delivery, services and designers together to provide a one-stop shop for the programmed works.

This partnership model from Sydney Water compliments the move from governing bodies to not let tier 1 contractors monopolise major projects and frame works. In turn this model will give mid-tier contractors across the disciplines opportunity work on bigger scopes of work and also saving the client money as the margins will be lower due to the partnership of all parties. More information can be found by clicking here and opening the second link down.

It certainly is a bumper issue for the social side of CGC with so much happening over the past few weeks.  We’ve had a couple of promotions, a number of birthdays, anniversaries, charity events, our end of quarter and of course the Race that Stops a Nation – the Melbourne Cup. 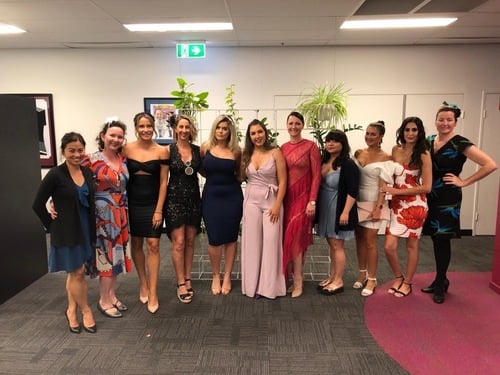 To start with, huge congratulations to Nic Maplestone and Anita McDermott on their promotions.  Nic, who heads up the MEP team, was Promoted to Principal Consultant after a great year of personal billings as well as professional development within CGC.  Anita was promoted to Consultant having joined our graduate programme initially.  She’s established great relationships with candidates and clients alike and is a well-respected member of the CGC family.

September saw Sydney and Brisbane celebrate their end of quarters.  Whilst Brisbane had a civilised lunch and drinks out, Sydney took their competitiveness to new levels by shooting at things (thankfully clay pigeons and not each other!).  The standards were high across the board, apart from Nick that is, who couldn’t even get close to the barn door, let alone a moving target!  The winner on the day was Billy, who was tied in first place with Steve but won on a (dubious!) count-back.  The only surprise with Nick being plumb last was that Martin finally found a sport that he wasn’t dreadful at.  Normal service on that front will be resumed at the annual CGC cricket match I’m sure – check out the December Newsletter to see how he got on! 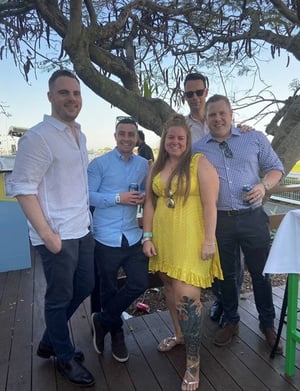 November obviously sees the ‘race that stops the nation’ in the form of the Melbourne Cup.  The Sydney office had a vote as to whether we went to the races for the afternoon or a nice afternoon in the pub.  The pub won, although the day resembled the UK with Brexit as there was talk of fixed elections and the threat of mutiny.  When the dust settled though, all had a good time and thoroughly enjoyed ourselves at The Art House in the city – Boris Johnson, we’re here if you need any advice on how to get the job done!

The Brisbane office opted for the race track and spent the afternoon at Eagle Farm.  While there were some winners and losers, perhaps the biggest loser was Evan, who lost 100% of his money ☹.  Might take a while to re-coup that $10 Ev – any loose change please pass his way.

The beginning of November saw Spencer and Billy don their Lycra to take part in the Sydney to Wollongong ride in aid of Multiple Sclerosis.  The ride itself was uneventful, but the preparation had its moments with Billy taking a while to get used to clipping into the pedals of his new fancy bike – if you saw anyone topple off at a set of lights in town then you now know who this was!  In seriousness though, well done on competing the 82km ride in very respectable times and raising over $1500 for charity!

Finally, in October we were the cake shop’s biggest client with birthdays for Evan (another year closer to retirement), Allyssar (her choice of cheese burgers rather than cake being veto’d due to the contradiction with our staff wellbeing initiatives), Matt, Mat, Oliver and Jessica. 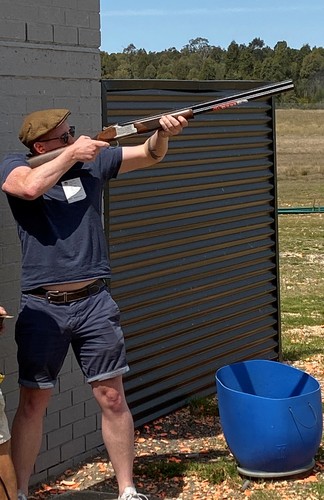 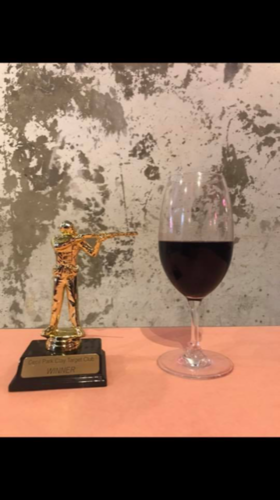 In this instalment of our CGC Projects in Focus series, we take a look at the successful completion of the first phase of the Sydney Metro Northwest Development. With an estimated 200,000 extra...

Welcome to the February newsletter. In this edition we’ll hear from Stewart Armstrong who shares his insights in the Property Development market. Thanks also to Anita McDermott for an overview of...

Welcome to the October issue of the CGC Newsletter. In this edition we have an industry update from Jamie Ryde on Property and Client Side Project Management and a debut contribution from Hollie for...

Ask the Recruiter: Careers in Construction - What your next job looks like

People in the construction industry are on the move! Twelve months ago, as the impact of COVID and restrictions on the industry were still largely unknown, many candidates were reluctant to change...

Sydney Construction in Focus - Delivering now, planning for the future

While the effects of COVID-19 and the numerous lockdowns are still being felt across construction, we are seeing the industry bounce back and grow. We may have had our fair share of uncertainty and...