Australia’s largest non-capital city and a tourism magnet, the Gold Coast is home to approximately 600,000 residents and hosts millions of visitors each year. The Queensland Government expects the Gold Coast population to grow by 55% to 928,000 people by 2041. This makes it one of the state’s most rapidly growing areas and will increase the demand for transport within the region and for road congestion in its southern districts. 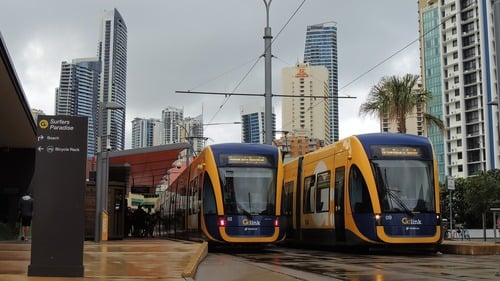 Challenges faced on the project

Strategically addressing these issues, the Queensland Government and City of Gold Coast want to encourage more residents to leave the car at home and to use the light rail instead. Stage 3A will extend the existing 20.3 km light rail by seven kilometres between Broadbeach South and Burleigh Heads, and build eight new train stations.

Premier Annastacia Palaszczuk expects it would take around three years to build Stage 3A, with trams possibly operating to Burleigh Heads by 2023.  Replacing the existing local bus services, the light rail will operate from 7am to 7pm, every 7.5 minutes on weekdays and every 10 minutes on weekends.

Premier Palaszczuk says the QLD government is “all aboard” to build Stage 3a and is calling for a “fair funding deal” from federal government to get the project moving. Queensland has committed some $351 million to move the project ahead, while the Federal Government has invested approximately $112 million.  Queensland is seeking additional Federal funding to fully underwrite the $709 million construction of Stage 3A.

The City of Gold Coast is committed to revitalising urban areas, including creating new station precincts along the light rail corridor, with this next stage getting more people using public transport, and connecting the southern Gold Coast to the rest of the line.

This construction stage is anticipated to create more than 760 jobs (the first two construction stages have already provided over 1,000 local jobs plus a further 200 operational jobs). To support the forecast population growth, approximately 170,000 new jobs are proposed within the Gold Coast region by 2041.

The region will always have a strong Brisbane connection and a large proportion of coast residents commuting daily to the city, but more local jobs will help to reduce travel demand. “Not only has Gold Coast Light Rail revolutionised public transport on the coast it’s also been a major job-creating project, which is a great boost for the local economy,” Minister for Transport and Main Roads Mark Bailey recently commented.

How CGC Recruitment can help

CGC Recruitment specialise in helping complex, large-scale development projects to achieve the best outcomes through recruiting outstanding people.  Just register with us online to stay up with the latest opportunities. If you are an employer with an opportunity for a new team member, please make contact so we can help you find the perfect candidate for your role.

We have good news - the infrastructure sector is bustling with opportunities for jobseekers - Infrastructure Australia highlighting 44 new proposals delivering $59 billion worth of projects this...

Welcome to the June/July issue of the newsletter! It has been a couple of eventful months at CGC – from work anniversaries to birthdays. In this issue you will hear from Jamie Ryde, Associate...

Introducing the August CGC newsletter (already it’s the end of August?!). It has been a month of celebrations with birthdays, anniversaries and our EOFY functions which you can read more about in the...

As part of our blog series looking at major projects which are set to transform New South Wales and Queensland, this week we focus on the Gold Coast M1 Pacific Motorway upgrade. One of the 7 biggest...

Although it remains early days and many industries are still working on their recovery. The construction and engineering sectors are well placed to continue playing a key role in the Australian...

With testing well in progress on Melbourne’s new High Capacity Metro Trains, the Victorian Government is expected to shortly issue an update on the fleet’s planned mid-2020 operating launch. The...

CGC in Focus – Which projects are the government fast-tracking?

CGC In Focus: Shovel ready projects – The ones to watch

CGC believes that smaller, ‘shovel-ready’ projects will be a clear winner as a driver of job creation, within the current environment, creating opportunities for Australian-owned SME businesses to...